How 50 Years has Changed the FE 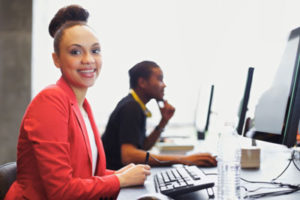 The FE that you take today is the result of evolution.

If you’re an engineering student, the Fundamentals of Engineering or FE exam is one more step toward gaining your license. Every licensed engineer takes this exam, although it has seen its share of changes through the years.

The FE began in 1965 as a standardized test that measured the knowledge and skills gained by completing an engineering program, according to the National Society of Professional Engineers (PE) Magazine article, “The Evolution of the FE,” written by Eva Kaplan-Leiserson. But as disciplines emerged and technology changed, so has the test changed with them.

From the time when the FE exam began until 1996, every person taking the Fundamentals of Engineering exam was issued the same test, regardless of which engineering discipline a test taker might pursue after being licensed. But that all changed later in the year.

1996 marked the beginning of specialized, discipline-based testing, says Leiserson. The morning portion of the test focused on general engineering knowledge and principles. But in the afternoon, test takers had options for tests that focused on civil, mechanical, electrical, industrial, chemical, or general engineering.

The test consisted of 180 questions, and took 8 hours to complete. There weren’t a lot of choices for testing dates, as it was only offered twice a year, and test takers typically waited as much as 8 weeks before learning their results. Technology plays a big role in how you learn now, and how the FE adapts.

The Late 1990s Bring Computer Talk to the Table

Life hasn’t always revolved around computers. Leiserson explains that in the late 1990s, the first talks about moving the FE to a computerized format began. But it would take until 2010 for it to happen.

Switching from pencil and paper to computer meant more than transferring the questions into digital format. Each question required evaluation to determine whether it fit with the proposed system.

This change meant reviewing questions for content, removing what no longer applied, writing new questions, choosing a computer-based testing vendor, which turned out to be Pearson, and conducting simulations to check testing reliability. FE content undergoes a review every 5 – 7 years, according to Leiserson. And with the switch to a digital format, the morning “general” part of the FE was incorporated in to each discipline’s section during 2011.

Each incarnation of the FE brings it closer to what’s being taught in engineering programs around the country. There’s more relevant material now, but with fewer questions. Instead of 180, it’s been trimmed down to 110. And instead of 8 hours, test takers can now expect to spend 6.

Another way that the FE has updated is an ever-changing test that’s different for every test taker. Instead of a printed examination that’s the same for everyone, each test is created on-demand from a large digital storehouse of potential questions.

What’s Ahead for the FE

With all of its evolutions, the fundamentals of engineering exam isn’t terribly different now from the way it was in 1965. Some fundamentals haven’t changed, and may not ever.

There’s room for new questions that deal with new situations and discipline-specific scenarios as the need arises. And the digital format allows them to weave into the FE more seamlessly than when the exam was paper-based.

The larger changes have been, and may continue to be, in the way the exam is issued. Computer testing allows exam designers to get creative and respond to the needs of the industry.

When you take the FE, you’re joining the ranks of engineering students that came before. Your exam will look different from the first one issued in the mid-1960s, but in many ways it will also be the same.

Testing doesn’t end once you’re licensed. Engineers need professional development hours, or PDH, to keep licensing current. That’s where PDH Academy can help. Check out our courses to see the many ways that you can enrich your education in the future.