How Engineers Use Predictive Modeling to Enhance Hurricane Preparedness 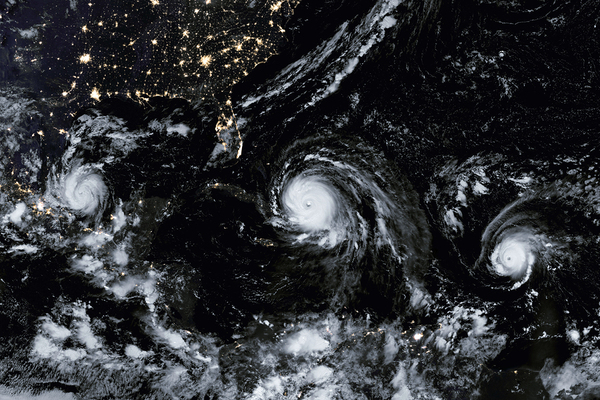 With hurricane season upon us and two serious examples already on the books for 2017, most Americans have seen predictive modeling for weather occurrences in action. On the news, modeling is shown in the lines that represent paths that the hurricane might take. Because they’re only predictions, someone is invariably disappointed or angry afterward.

Hurricanes tend to have a mind of their own.

Every storm leaves a path behind, and it’s not just one of destruction. It’s the tale of where it went, which science studies to understand why. That’s the foundation of predictive modeling.

Why Accurate Hurricane Path Predictions are So Difficult

Predicting that a storm will turn into a hurricane is one thing. Predicting the path it will take is something else. Weather scientists can measure temperatures and speeds. They can view formations using satellite imaging.

Prediction, says Popular Science,  is just one model, but “involves a number of different computer-generated models.

Technology has advanced dramatically within the past 15 years, says Mock. Still, hurricanes are a mystery. Sometimes, it comes down to a question of greater accuracy or greater speed. Because computer-aided modeling takes time, it’s easier to “rely on statistical models that can crunch the numbers fast.”

This video breaks down the spaghetti chart process using ensembles or path possibilities.

What Factors Make Hurricanes So Tricky

With all of its uncertainty, hurricane path predictions are getting better. One of the challenges is the vast amount of data that goes into it. Hurricanes rotate. They also advance forward. And they’re doing both of those things at incredibly fast and varying speeds.

What’s more, Popular Science says researchers have only recently learned that the wall around the eye of a hurricane can break down and a new one can take its place. There’s no way to know with any degree of certainty how the breakdown of one wall will affect the hurricane’s behavior and no way to determine what the new wall will add to the equation.

These unpredictable issues and many others, they explain, are why predictive modeling relies not just on the imagery of the storm or the computer-aided number crunching, but also on good old-fashioned human opinion. That’s the magic combination in 2017. Who knows what will happen in 10 years?

At present, we can track the path of a hurricane and we can add that information into the equation for future calculations. We can watch as a storm unfolds and monitor its speed. All of the ways that hurricanes are measured will improve with more sensitive instruments, smarter computers and perhaps less smart folks who fly planes into a hurricane’s eye.

What we can’t do is read a hurricane’s mind. At least not yet.

One hundred years ago, the best that people in the islands and along coastal areas had was the knowledge that hurricanes tend to happen more at certain times of the year. There was no such thing as evacuating days in advance. No one besides seafarers knew exactly what was brewing and no one knew for certain where it was headed. In 100 more years, imagine what will be possible.

Continuing education keeps you on top of new advances and helps you keep skills sharp. If your credits are coming due, check out what PDH Academy has to offer.