Election 2016: Where Candidates Stand on Issues that Matter to Architects

The only way you couldn’t know that this is an election year is if you’d been in a sensory deprivation chamber. In some ways, that might be more pleasant than watching the news. Nevertheless, the election is coming in a few short months. If you haven’t yet made your decision, here’s how each candidate measures up against issues that matter to the AIA and you.

Clinton: HRS has maintained a pro-energy efficiency, pro-conservation platform. She believes that natural gas could be a bridge fuel away from coal, and improved fuel efficiency.

Trump: He believes that oil is the “lifeblood” of America and American jobs, and favors fracking. His plan would challenge the authority of OPEC, and he supports the Keystone pipeline.

AIA: Initiatives and proposals that tackle the problem of rebuilding the nation’s infrastructure get the AIA’s support. The organization believes that an investment today will pay off in better efficiency, economic growth and society benefits for generations.

Clinton: Hillary wants to increase infrastructure federal funding by $275 billion, and allocate $25 billion in a national infrastructure bank that could issue loans.

AIA: Working and collaborating abroad is important for architects. The organization supports excellence in international practice and procurement of services.

Trump: He objects to negotiations to conclude the TPP, and states that China and Japan “took advantage” of the U.S. Trump favors tariffs on some imports, and has stated that free trade is a disaster for Americans. He also believes that China is guilty of currency manipulation, and believes that all overseas corporate income should be taxes at a one-time 10 percent rate. 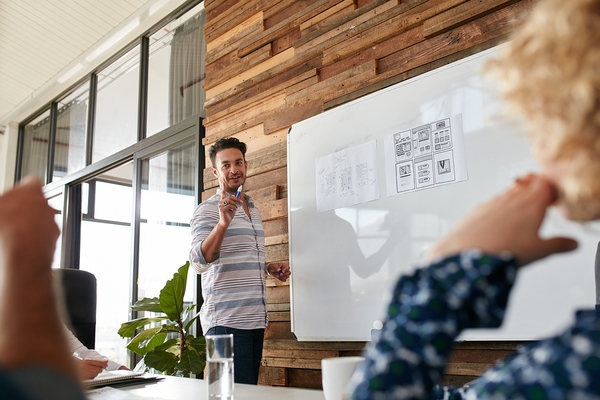 Clinton: HRS has said that she wants to be a “small business president.” She favors plans that minimize obstacles that arise when starting a small business, lower tax compliance costs and encourage new markets. She also supports raising the minimum wage.

Trump: Trump intends to group small and large businesses together for tax purposes, imposing a 15-percent top rate for all. This includes sole proprietorships, S-Corps and partnerships. He also wants to levy a reasonable cap on business interest expense deductions.

Clinton: She introduced the New College Compact, which aims to make college more accessible for everyone. She is also in favor of refinancing student loan debt and other measures to reduce the burden of financial aid debt.

Trump: Trump has not given any firm indication about his stance on student debt. He has stated that he thinks the government shouldn’t make money off education.

Clinton: HRC supports a 30 percent tax rate on people who earn over $1m and an itemized deduction cap of 28 percent. She also seeks to impose an exit tax on businesses that shift overseas to reduce or avoid taxes.

Trump: He intends to completely rework the nation’s tax code, establishing 4 tax brackets. The brackets would have 0, 10, 20 and 25 percent tax rates, respectively. The zero tax rate would apply to single filers earning less than $25,000 annually and joint filers who earn up to $50,000. The opposite end of the bracket is for people who earn $150,000 or joint filers who earn $300,000. He also plans to cut business tax rates and eliminate mortgage interest and personal tax deductions.

The election will be here before you know it and the U.S. will have a new POTUS. The end of the season might be a welcome relief from all of the campaign rallies, commercials and debates. But that one day can bring about a lot of change for Americans. The most important thing is to get out and vote for the candidate who best matches the issues that matter to you.

Whoever wins in November, life still goes on for architects like you. And part of life is continuing education. PDH Academy can help. When your next credit hours are due, PE approved courses and earn credits online.