Norman Lykes Home, like many of Wright’s designs, was created to blend with the rugged desert terrain.

If you’ve ever wanted to own a piece of authentic Frank Lloyd Wright history, now’s your chance. At least if you’ve got a healthy bank account. His last documented design, the Norman Lykes Home, is up for sale in Phoenix for a cool $3.6 million.

This home showcases the organic nature of the architect’s late-career work, although his apprentice ultimately completed the job. It appears to rise out of the rocky hill setting instead of competing, as it looks out across the beautiful Palm Canyon.

Many of Wright’s homes and building throughout his impressive career were an attempt to merge the indoors with the outdoors as much as possible through design and the materials used. The house is a series of circles and cylinders in different sizes, and massive windows throughout make the view a natural element of the home. From above, Curbed says the home looks like gears in a clock.

Commissioned shortly before his death in1959, the home wouldn’t be complete until a decade later. John Rattenbury, Wright’s apprentice, took the project, completed the last details of the design and Architect magazine says he say the build through. Owners, Norman and Aimee Lykes, lived in the home until 1994 when it was sold. 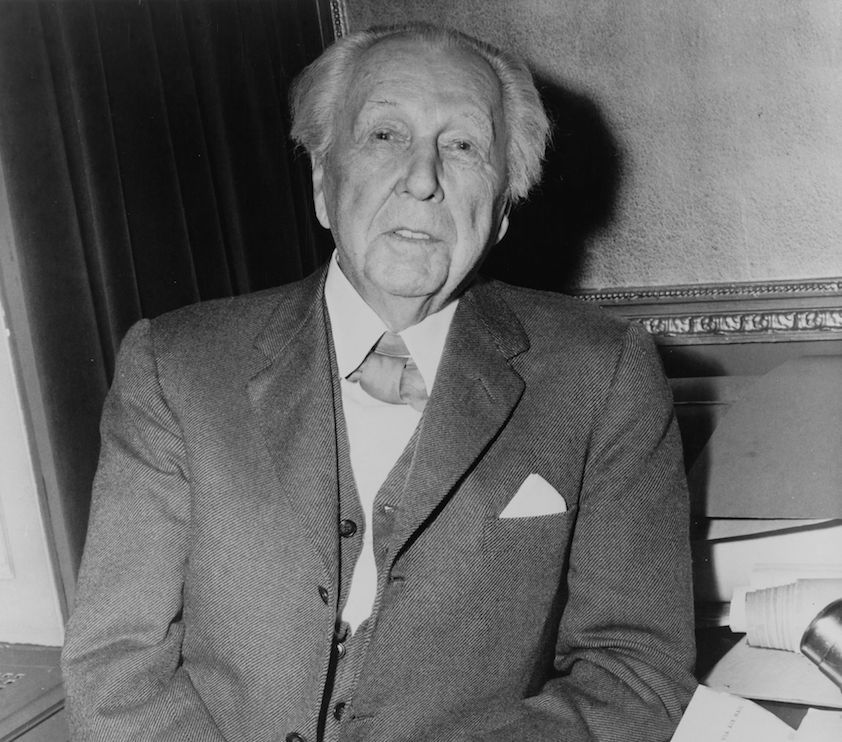 Wright’s legendary vision never diminished, even when the home was renovated decades later.

Rattenbury remained involved with the home after it was sold. The new owners wanted a more usable space, but without losing any of its character. The original design had five bedrooms, three of which were so tiny they weren’t of much use. The renovation merged some of the spaces, leaving the house with three bedrooms instead of five, and a home theater instead of a shop.

The house is also rather famous for its warm, wood built-ins, which were largely left intact through the renovation. Some areas feature display cases and bookshelves, others have wardrobes. Nearly every room is curved with cabinetry that follows the shape of the home, including the office, kitchen, living room and bathrooms.

Living in the Norman Lykes Home

If the price tag doesn’t pinch but the idea of furnishing a home with such an individual character puts you off, you shouldn’t be. What you might not expect with any of Wright’s homes is to pick up many of his original furniture pieces in the bargain. Built ins convey, of course, but so do unique winged chairs, side tables, ottomans and more.

There’s a fireplace in the main living area, curving stainless steel kitchen countertops, circular and half-circle windows, paneled walls, a dinette set and of course a bit of carpeting in smaller rooms.

When the new owner or owners move into this home, they’ll truly have a time capsule that’s been updated without sacrificing anything that makes the home so special.

It’s not every day that an original Frank Lloyd Wright design hits the market, and his final one hasn’t been for sale since 1994. Both the exterior and interior have been well cared for, from the ample cabinetry to the facade that merges with its surroundings. That’s a far cry from some of his other, more neglected designs that have been at risk of demolition.

You might not be Frank Lloyd Wright or even one of his apprentices. But all architects have one thing in common: Continuing education. Keep your career on track with professional development hours credits through PDH Academy. Check out our courses for architects today.