Historic Preservation versus the Risk of Devastating Floods 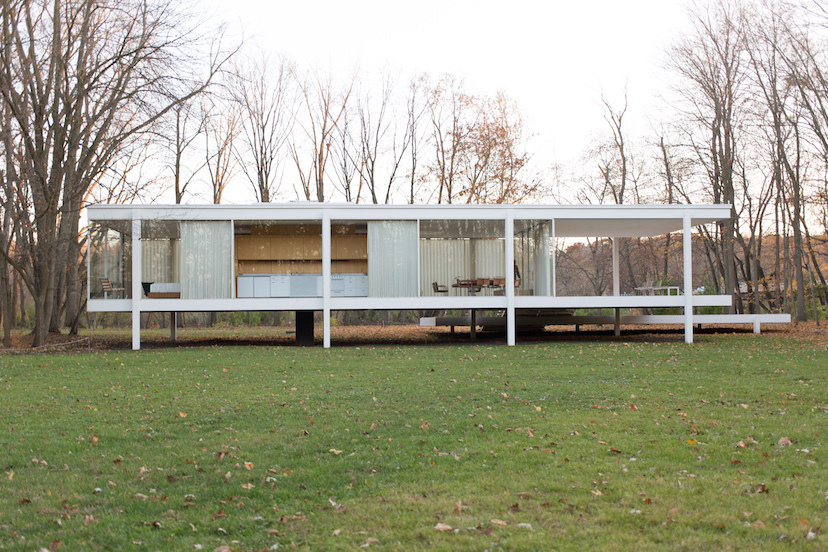 The leggy silhouette of Farnsworth House fell a bit short of its purpose.

Bruce Lee famously said, “Be like water.” Water changes course to move around objects, or it can cut a path through them. It conforms to whatever contains it, but you can’t grab it. Water, in other words, is a real problem. That’s especially true when you set out to protect architecturally significant property from it.

Sometimes it seems easier to move the building and let the water do as it likes. It usually does that anyway. But it’s a little more complicated, as the guardians and other parties interested in Farnsworth House outside Chicago are finding out. 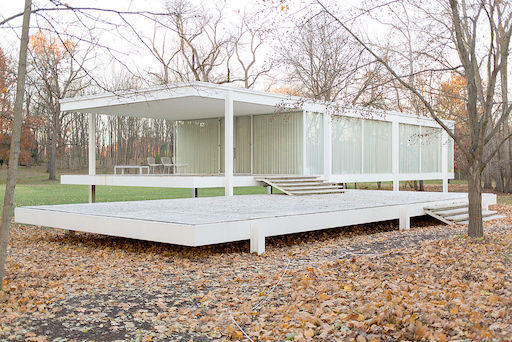 In 1951, architect Ludwig Mies van der Rohe designed and built the home known as Farnsworth House. He knew then that water could be a problem. What he didn’t know was how much of a problem it would become, and how rising flood waters from the nearby Fox River would increase every year.

A striking glass mid-century house, it stands on short stilts that were intended to provide enough elevation to let the water run straight through. Three years after the house was built marked the first time water flooded the interior. It was one of many floods to follow.

Suburban development and climate change are blamed for the increasing flood events and water levels that once left a layer of silt on the floor and carried away important artwork. But water will continue. The debate surrounds what to do about it.

Preservationists Disagree on How to Protect the House

One of the most discussed methods of preserving the house is a take on the architect’s original idea, according to Ben Shulman for AIA Architect. Mies wanted to build it taller than the potential water levels of the future, so why not raise it higher still? Hydraulic lifts could lift the house, which is now a museum, as needed when flood waters creep toward the property and lower it once the threat has passed.

Another idea is to move the house. The original location isn’t the same as it was anyway, since a new road has been built. At an alternative site, the house could sit the same distance from the new road as it did from the old one, and be clear of the risk of flood water.

Still another idea, says Shulman, is a perimeter that would act like a fish tank in reverse. When water comes close, four barriers would rise up from the ground, surrounding the house and blocking out water.

Of course each idea has opponents. Some believe that a hydraulic lift system would permanently alter the house by separating it from the terrace, making it an unacceptable alteration. The ones who oppose moving it have similar concerns, since the house was built with a precision that likely couldn’t be reproduced. The barriers haven’t enjoyed much discussion, but most agree that a plan to address the water is better than disturbing the house.

Farnsworth House illustrates the challenges that preservation architects often face. Sometimes the simplest and even the most effective answer isn’t acceptable because of its ripple effect.

To move the house would certainly change it, and so would a hydraulic lift. But outwitting the determined force of water is no easy feat. It flows where it wants, and so far no one can make it do otherwise.

Preservation has its hassles. But one thing is always hassle free, and that’s continuing education for architects. To keep your career in architecture flowing in the right direction, check out PDH Academy’s courses for architects.