Disney’s Tomorrowland Has its Roots in Modern-Day Spain 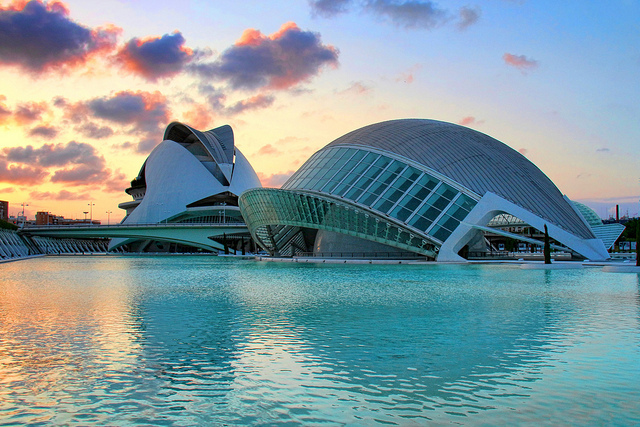 If you’ve seen the Disney movie, “Tomorrowland,” then you witnessed a fantastic, futuristic setting where Disney Imagineers worked overtime. But Tomorrowland didn’t spring from the imagination of the creative team at Disney. At least not entirely. Its roots are firmly planted in a very real place, Santiago Calatrava’s City of Arts and Sciences in Valencia, Spain.

There’s more to the similarities between the two than just their appearance. Both were enormously over budget. And both will likely spark imagination from visitors and viewers for many generations to come.

To get the right look, Disney Imagineers could have created something almost literally out of thin air. There’s precious little that CG animation can’t do. But producer Jeffrey Chernov and director Brad Bird wanted something more, and they found it in Calatrava’s City of Arts and Sciences in Valencia.

“It’s very skeletal, like you’re looking at the vertebrae of a dinosaur or prehistoric fish. You walk into that place and you never want to leave. That’s the vibe we wanted for Tomorrowland.”

As for director Bird, he wanted the actors to have a more realistic experience than they would using only CG animation.

If you haven’t seen the movie and wonder just how close the two cities, real and imagined, are, watch this clip for the Tomorrowland movie:

Disney and Calatrava Aren’t That Different

Walt Disney introduced his Tomorrowland creation to the world in 1955 at Disneyland, California. His dream and his vision were to give visitors a peek at what tomorrow could be if man continued to explore, research, and work toward a peaceful world.

Fast forward about 50 years, and Calatrava expressed similar ideas about his own work, the City of Arts and Sciences. He wanted to build something so great that the people who lived and worked there could only have better lives just for being a part of it.

George Clooney, one of the Tomorrowland stars, said about Calatrava that his work represented a world where you can just dream it and then built it. That’s what Walt Disney seemed to believe, too.

The fantasy world Tomorrowland where Clooney and his co stars played out their roles was filmed in part at the City of Arts and Sciences, which also bears similarities to one of Tomorrowland, California’s most famous structures – Space Mountain. 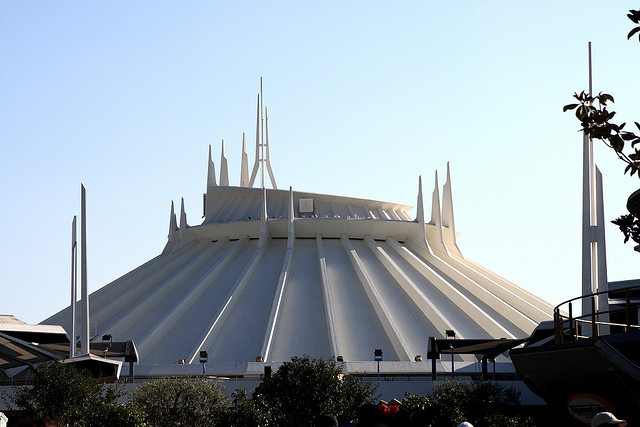 Art imitates life, and life imitates art, and sometimes the two get tangled up in each other. It was almost a homecoming, of sorts, when a Disney movie based on a Disneyland attraction was filmed on location at a site designed by a man who shared the same ideals as Walt Disney, himself.

But that’s not all that they share. By the time Calatrava’s City of Arts and Sciences was finished, it cost nearly $1 billion Euros. That’s billion, with a “B.” Tomorrowland wasn’t quite that expensive, but it still cost much more than its $41 million opening at the box office. Disney paid $180 million to create the futuristic film.

The inspiration and dreams of architects can span decades and show up in the most unlikely places. Maybe your designs won’t land their own role in a feature film. But then again, who knows?

At PDH Academy, we do our part so that you can keep doing yours. Check out our courses when your next professional development hours are due.