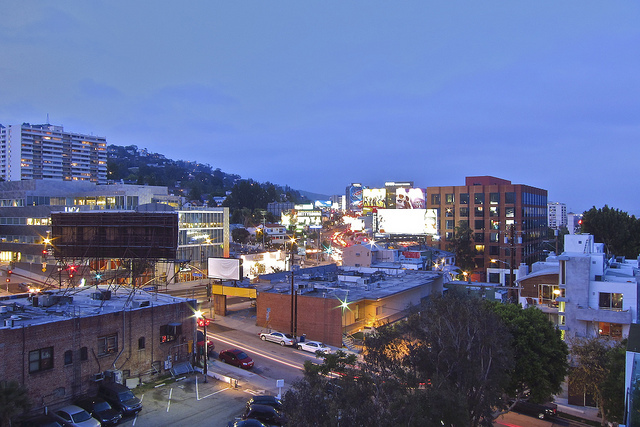 Sunset Boulevard has seen its share of changes, but this time it’s something grand.

Sunset Boulevard might have a fabled place in history, but not every notorious address has a face that lives up to its name. Such is the case with the 8150 block of the famous Sunset Strip. But at the hands of architects and developers, Gehry Partners and Townscape Partners, there may still be life in the old corner yet.

At one time, the who’s who of Hollywood made it their business to play at the famed Garden of Allah hotel on the site. But the buildings are long gone, sadder ones rose in their place, and now the hands on the clock are advancing yet again. If the designs go ahead as planned, a much larger and much grander replacement for the Garden of Allah will soon become the next Hollywood playground. 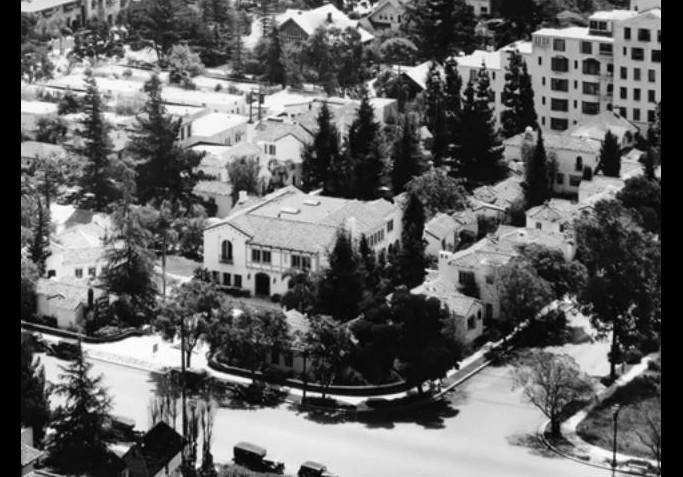 Garden of Allah’s main building and villas were unassuming, considering the world-famous guests.

Hollywood Royalty Put the Address on the Map

From 1927, the Garden of Alla (the H was added later, says the Guardian) was home away from home to the Hollywood elite. Errol Flynn, Greta Garbo, Ronald Reagan, Frank Sinatra and Humphrey Bogart, to name a few, lived, partied, or both at the famous den of iniquity, as it was called by the press.

But while the hotel, actually a cluster of villas, was popular, it never was grand. By the 40s, its shabby edges were showing. Hollywood stars moved on to nicer digs. And then in 1959, the hotel with a thousand secrets had its last big bash. The property was auctioned off, villas were bulldozed, and what rose from the dust was an entirely average strip mall.

Why This Design at This Location

For famed architect Frank Gehry, the Spanish style bungalows of the Garden of Allah aren’t just something from the faded pages of an old tabloid. He might have been young and nowhere famous enough at the time to gain entry, says Architectural Record, but he remembers the hotel standing where his new design will hopefully stand soon – at the far east end of the Sunset Strip.

Gehry, together with Townscape Partners, has an ambitious design goal, and one that only hints at what used to live in that spot. It needs to be unique, says Gehry. Not just because of the location’s Hollywood Royalty past, but also because of what it represents today. The spot separates LA from West Hollywood, and it’s “the first property you see” coming up from the valley.

What Sunset Boulevard can Expect to See

The $300 million project includes 5 buildings, each with its own style, situated throughout the 2.6-acre location with a central plaza. The buildings will house 249 residences, flagship stores, cafés, rooftop terraces and restaurants. The residential towers, an 11-story and a 15-story tower, flank the site on the left and right. Check out the models here.

Sculptural form concrete, glass, punched windows and cascading terraces are features used throughout the designs. Each building is different, and yet similar enough to give the whole a cohesive appearance. But what pulls it all together, and echoes the legend that once was? The new Sunset Boulevard buildings are all white. Just like the Garden of Allah.

Plans aren’t complete yet, but one thing is sure. Once built, the whole area with all of its many design elements will be “eye candy overload,” Township Partners’ Tyler Siegel told Architectural Record. And maybe that’s fitting, given the way that the location’s fantastical history was all but blotted out by a dull strip mall for so many years.

Old Hollywood might be gone forever, but that doesn’t mean the present can’t pay tribute. And what better way than by rising up, grander than the original, fit for a new era in Hollywood history.

Architects aren’t just tasked with creating something new. They preserve history, enrich communities, and create new legends of their own. At PDH Academy, we help architects like you stay on top of continuing education in a hassle-free way. Check out our courses when your next credit hours are due.