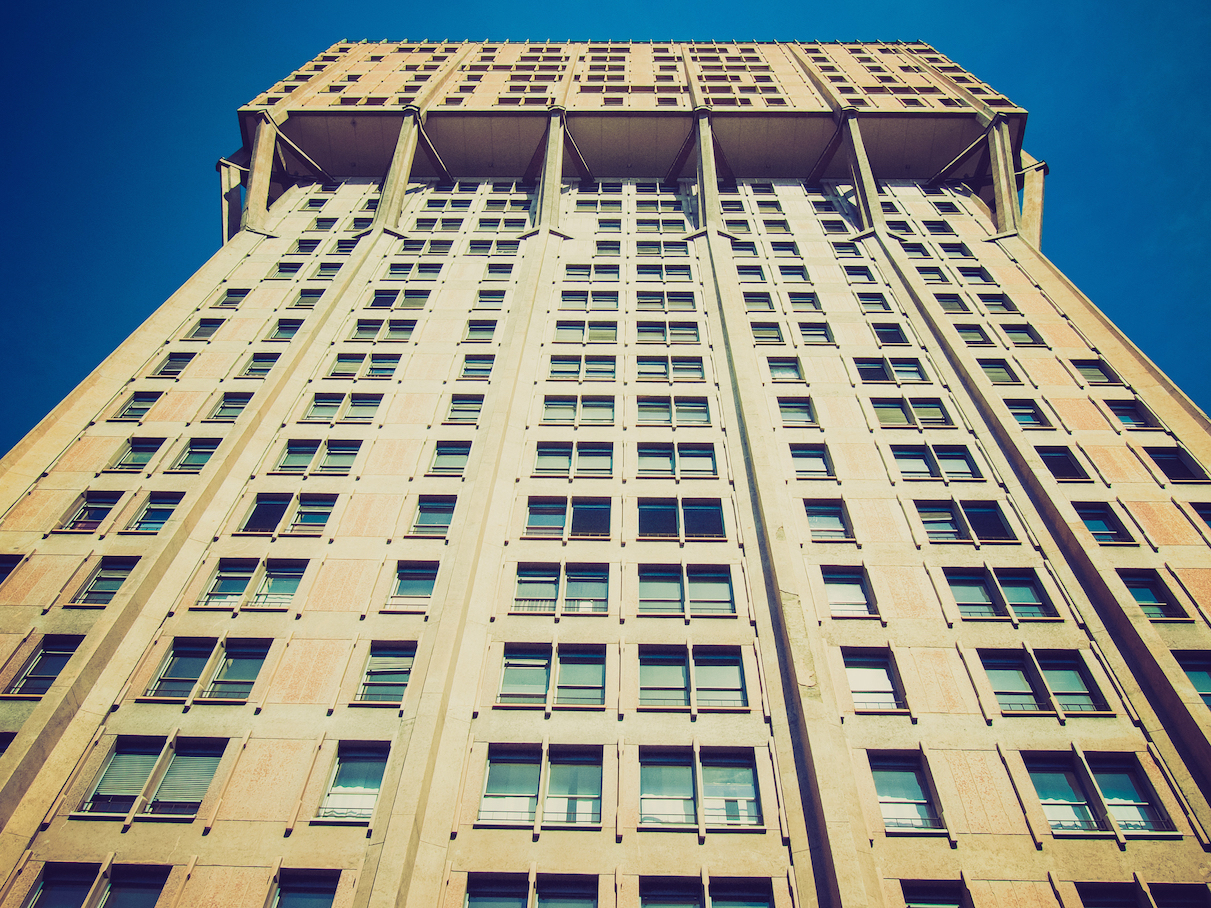 Brutalist buildings like the Torre Velasca in Milan can be a bit intimidating.

There’s a pronounced line drawn between the people who love brutalism and the people who hate it. Prince Charles of Wales is in Camp B, by the way, at least according to the Saylor Foundation. He thinks it’s got all the charm of “piles of concrete.”

But love it or hate it, since there really doesn’t seem to be any halfway to it, brutalism is an icon in its own right. For every person who would love nothing more than to celebrate the demolition of all brutalist architecture, there’s at least one more who believes it has an important place in history.

Where did the Name Come From?

Brutalism just looks brutal, so to the casual observer it might seem like that’s how it got its name. It’s bold, and hulking, and not in the least bit graceful. And while might not really look like piles of concrete, as suggested by the Prince of Wales, it’s certain that many buildings at least look like randomly stacked concrete.

But no, Brutalist architecture actually got its name from the French term, “béton brut,” which means “raw concrete.” Brutalist buildings were cheaper to build than more traditional styles, which explains their popularity between the style’s heyday from 1950s through the 1970s. Examples of Brutalism exist in the U.S. and throughout Europe, but many have already been demolished. 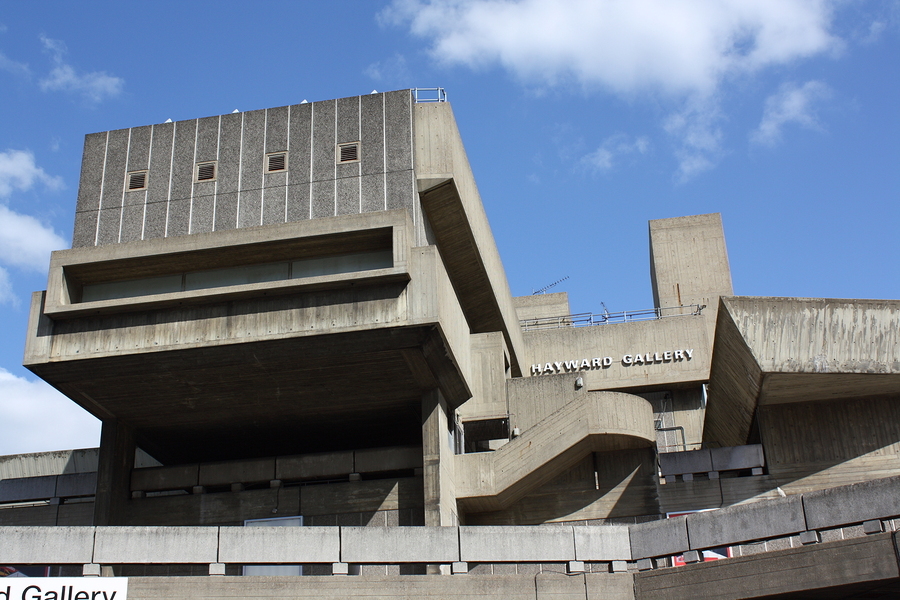 The Hayward Gallery in Southbank Centre, London, serves as one of the finest examples of Brutalism.

Space House, now called 1 Kemble Street, is an icon among behemoths. Situated in London, this building isn’t as despised as some, although Skyscraper News says Camden Council flexed enough muscle to keep its height to half of what the architect originally intended. The Hayward Gallery, also in London, is another fine example.

In the U.S., perhaps the pinnacle of Brutalist design, depending on how you look at it, is the Orange County Government Center in Goshen, NY. Almost universally hated both for function and looks, this building still has strong supporters who want to see it rescued. But the clock is ticking, and it might make its date with the wrecking ball. Or maybe not, as many are trying to find an alternative, such as repurposing the building for some other use. 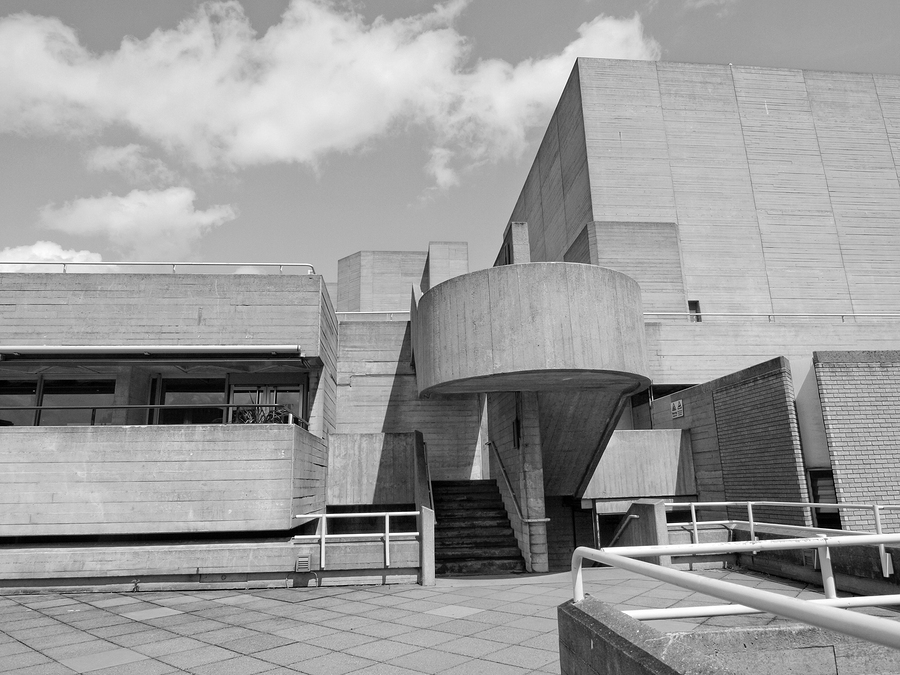 The National theatre, also in London, might as well have been photographed in color, as many of these old buildings are shot on gloomy days to accentuate the dull appearance.

Spirited Criticism of the Style

Reasons why Brutalist architecture strikes such passionate criticism runs the gamut of bulky lines to poor aging. To many, brutalist buildings are simply ugly. They’re large and lumbering, not especially attractive except to a few, and the coloring is usually the dull, bland gray of its namesake. Some brutalist buildings are made using other materials, such as brick, but by and large the movement is all about concrete.

Another reason why critics are unable to show any love to brutalist buildings is the way that they age. Facades can crumble. And in damper climates, dirty water streaks mar the surface, and the steel reinforcing the structures rusts through to the surface leaving dirty orange stains. Sometimes moss and lichens are a problem. If that doesn’t sound attractive, that’s because it’s not.

Additionally, the historic importance of the style can’t be overlooked. It would be imprudent to annihilate an entire architectural movement from existence. But that doesn’t change the fact that a lot of professionals and laypeople alike can barely muster anything but a scrunched up nose when gazing upon one of these hulking structures.

Brutalist architecture had its day, but that day has largely passed. What remains are structures dotting the globe as a testament to the old saying, “Well, it seemed like a good idea at the time.”

PDH Academy helps keep you and architects like you on the cutting edge of the industry. With continuing education credits that fulfill the requirements of both licensing bodies and professional organizations, you can be sure that the credits you earn through us will help further your career. Check out our courses when your next credit hours are due.