Architects Make Communities Better and Safer After a Disaster 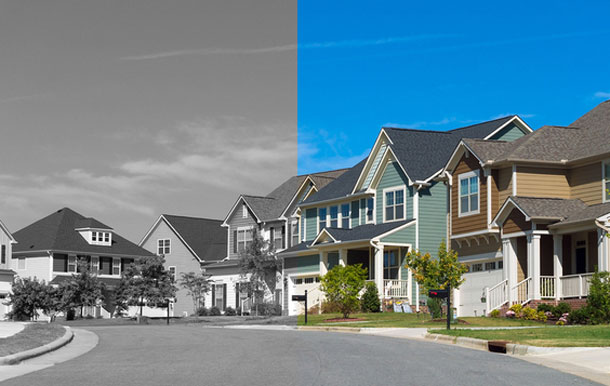 The aftermath of Hurricane Katrina called for a serious reevaluation of what makes housing safe, affordable and something that lets the community live the way that they want to. City planners, volunteers, architects and nonprofits worked to balance safety with retaining the character of the city. In the wake of two serious hurricanes in 2017, more rebuilding is on its way.

Architects do so much more than design new structures. Their expertise helps rebuild neighborhoods, mitigate dangers and preserve what matters most. After a natural disaster, the architect’s skill can help mend broken cities as well as broken spirits.

No Structure is Immune to Natural Disasters

There’s a reason why many coastal homes have impact-resistant glass and are built on stilts. No matter where you live, a natural disaster can happen. Earthquakes, hurricanes, tornadoes, and flooding might not happen in equal measure everywhere, but no structure is truly without risk. Part of the architect’s job is to design with the most likely threats in mind.

Even a legendary home such as Frank Lloyd Wright’s Fallingwater, which the late architect devoted so much time and energy to getting right, isn’t immune to the ravages of nature. In July, heavy rains led to flooding, which sent a fallen log into a stone wall. Architect Daily says the capstone was broken and the famous “Mother and Child” bronze sculpture was dislodged.

Weather experts now predict that the coming years will likely bring more and more powerful weather events. What was known in 1851 might not protect a beloved house. What was considered adequate flood wall protection and drainage in 1718 NOLA is now considered outdated and risky at best, life-threatening at worst.

Hurricanes were well known in 1851 when Ernest Hemingway’s home was built in Key West, FL. New Orleans is no stranger to flooding in the 18th century when the famous city was built. What’s changing are the frequency and severity of weather events that threaten both historically important buildings and ordinary neighborhoods. What architects knew about water drainage, impact resistance and generally withstanding weather events has evolved; thankfully, so have the materials and methods that make structures stronger and communities safer.

Any architect can design a good structure; it takes great skill and partnership with community planners to balance rebuilding efforts.

Rebuilding safer homes and communities after a destructive storm is only part of the challenge for architects, city planners and the people who live there. The character of a neighborhood is part of what makes living there so appealing. Certainly, new homes could have been built in NOLA after Katrina that would stand a better chance of surviving another serious event. But if the vibe of the neighborhoods, division of property and the look and feel of the homes were radically different, something important would have been lost.

One of the risks, according to 2005 Tulane University School of Architecture dean, Reed Kroloff at NPR, is trying so hard to rebuild the past that you create a caricature of it. Newer communities may be more open to total re-imagining with better design. To rebuild older communities without considering the past runs the risk of driving off residents who were once rooted to the area and changing the area permanently.

Architects aren’t just tasked with creating new things. On a grander scale, their job is to make life better. Whether it’s one house, a small community or an entire city, there’s so much more to it than designing something new that looks beautiful and stands strong. The people who live there need to connect with their home. In that respect, architects don’t just build better structures; they create livable communities where people want to stay.

Never has architecture been more important than today. The economy is growing so more people and businesses are building. Natural disasters are a continual threat, putting more communities at risk. There’s an opportunity to shape the country and the world in a better, safer and more equitable way.

Continuing education helps you stay relevant in this quickly changing era. Check out PDH Academy’s courses for architects to keep your licensure and AIA membership current.