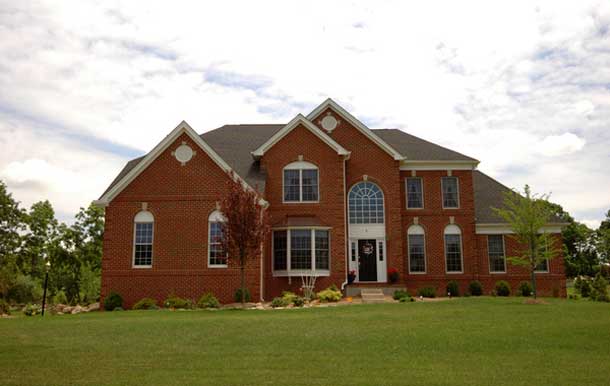 Move over, brutalist. McMansions are encroaching on your territory.

It’s hard to imagine an architectural style more universally unloved than bare concrete buildings from the brutalist movement. But McMansions are giving them a run for their money. On their current trajectory, they could outpace the hefty, hulking lines as an architectural pariah for the ages.

Why can’t McMansions get any respect? There are lots of reasons, and that is the whole point.

McMansions Have a Dizzying Array of Quasi Styles

If you’ve ever felt uncomfortable looking at McMansion without knowing why, you’re not alone. They’re massive. And there’s so much going on, architecturally speaking, that the brain doesn’t know where to settle.

A 3,000 square foot suburban home might have a bay window on the left in front, a Victorian turret on the right, and an entire back wall with few or no windows whatsoever. The assorted rooflines don’t know which way is up. And many have a little brick, a little vinyl siding and some have a bit of stone for good measure. It’s hard to keep up.

With brutalist architecture, the loathing stems from something else. Design can be terrible, but it can also be balanced, proportionate and only in need of a good cleaning. Bare concrete looks old and tired in time. McMansions have no discernible style to speak of because they borrow from everything else.

There’s No Balance or Symmetry to a McMansion

A pleasing home has a certain balance. Window proportions and placement complement each other. The Rule of Thirds, says the famously anonymous Tumblr blogger at McMansion Hell make classic residential architecture proportionate and pleasing to the eye.

McMansions don’t make any architectural sense. They throw proportion and rules out their unmatched windows. The whole design from front to back looks like more of a mishmash than a style.

But perhaps the most bothersome thing about a McMansion is what they represent. Thomas Frank writes for Salon that McMansions represent ostentatious inequality. They are monuments to achievement, not well-designed homes. They’re upscale, high-priced tract homes. He says, “They aren’t designed for living at all.” They’re only designed for show. 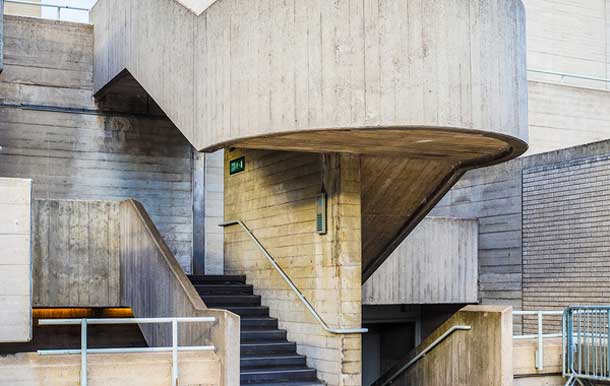 The National Theatre in London is an example of what many call “brutalist done right.”

Like Brutalist Architecture, McMansions Have a Place in American History

Love them or hate them, McMansions are now part of the suburban American landscape. Just like brutalist architecture has its place throughout cities.

But while some of the poorer examples of hulking concrete architecture are torn down, more confusing residences riddled with gables, decorative columns, and shutters that don’t shut keep going up.

McMansions and brutalist architecture have both earned widespread disdain. People, especially architects, love to hate the raw concrete architecture. It’s big, edgy, and it’s often ugly from sheer neglect and dirtiness. But it’s not inherently poor. McMansions, on the other hand, are poor by design.

Perhaps the biggest difference between brutalist and McMansions is quality. Big buildings are torn down, not necessarily because they don’t perform, but because they’re considered eyesores to the visual palette of a newer generation.

McMansions get sour looks because they are testaments to riches over taste and style without counsel. But at this very minute, someone somewhere is proudly breaking ground on a new one in a suburb where grass has no weeds and the trees are shaped like lollipops.

Stay on top of your professional development hours, and you can do your part to beautify American architecture. Check out our courses for architects and find out how.