The Changing Landscape of Surveying Technology 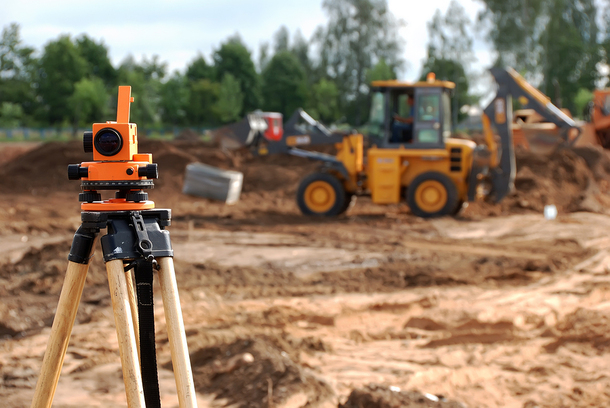 Survey tools have grown exponentially in sophistication in the last 20 years.

Land surveying has been around for thousands of years — as long as land has been bought, sold, claimed or otherwise fought over.

Surveyors once did their jobs using the unit of measurement made common by the Greeks and Romans — the foot. As anyone can imagine, this was rather imprecise, since feet come in varying sizes.

Landsurveyors.com says that Greeks used surveying methods to build the pyramids, and the Romans used them to mark the boundaries of their empire.

Over the years, surveying methods moved from using feet to lengths of chain that had been premeasured, which surveyors would lay out straight and move end-over-end the way you would a measuring tape (if you had one). They used compasses to measure horizontal angles.

Steel tape measures were still being used as recently as 30 years ago. Steel was the preferred material because unlike rope or cloth, it could not stretch and thereby lose accuracy, and unlike chain, it was not heavy and cumbersome. These steel tape measures had to be rolled and stored in a specific way so that they could retain their precision.

The theodolite, which measures horizontal and vertical angles, has been used as a surveying tool since the 16th century. When the electronic distance measurer came into wide use in the latter half of the 20th century, it simplified the process dramatically.

This method of measurement is especially useful for several reasons:

An EDM pinpoints distance much more accurately and is, therefore, more useful to engineers tasked with the construction of buildings or roads.

When EDM tools were first put into use, they required one surveyor to operate the instrument and another to stand at the target point with a prism to reflect the light back.

This tool has been invaluable when surveying busy streets or other high-traffic areas. Previously, extra personnel were needed to stop traffic in all directions while the surveyors manually measured the area and recorded the results. Not only does EDM result in lower labor costs for the surveying company, it spares drivers stuck in a traffic holdup a major inconvenience.

Of course EDM is used daily in the building, construction, map-making and real estate industries, but it is also used in forensic science. EDM works by emitting an infrared light which bounces off a target and returns to the source. This infrared light can be used to determine distances between objects in a crime scene as well as bullet trajectories.

Another bonus of today’s EDMs is that they are frequently linked to data collectors, so measurements and other results do not have to be manually noted. This not only saves many hours of time, but it renders results infinitely more accurate because it eliminates any chance of human error in recording the data.

Measuring tools that use lasers are considered superior to those that use ultrasonic beams. Lasers are almost always more accurate and are especially useful in uneven and hilly terrain. They’re fast, and they use little power.

Some ultrasonic tools are equipped with a laser; however, this laser beam is intended only for aiming at the target — it doesn’t do the actual measuring, so the results are still fairly inaccurate compared to a laser measuring tool. 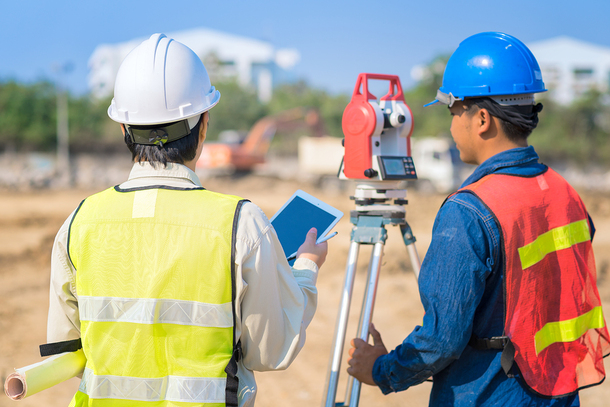 Today, a total station theodolite, or TST, allows for precise measuring by only one surveyor. This is made possible through remote control. Now, the surveyor with the prism is the only person necessary to complete the job. They set up the TST, position themselves at the proper point and operate the laser remotely.

Although these instruments can cost tens of thousands of dollars, the money saved on time, employee salaries and insurance can make up the difference quickly.

The Role of GPS in Surveying

Global positioning systems catapulted the speed and accuracy of surveying past the invention of any previous tools or measuring systems. Using a satellite to pinpoint the location of objects on the ground opens up a whole new level of accuracy because line of sight is no longer necessary for measuring.

GPS.gov points out that surveyors need no longer climb to the highest points of area landscapes or measure short distances at a time due to obstacles such as trees or hills, but only need have a clear view of the sky. The time it takes to complete a job using GPS can be as little as a tenth of the time the job took before this technology was available.

GPS can also be used to measure and map underwater areas. Where before only sonar was available, now it can be combined with GPS technology to create highly accurate, 3-D topographic maps. This is useful not just for navigational purposes, but for constructing bridges and building oil rigs as well. 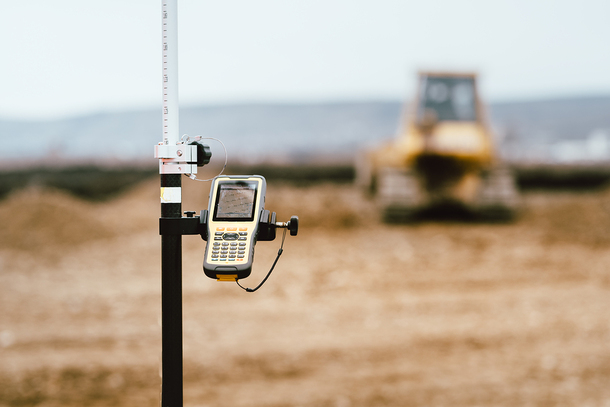 One of PDH’s online courses specifically focuses on GPS technology in land surveying. Applied Satellite Positioning, Adjustments and Analysis teaches surveyors GPS surveying techniques and how to understand and use the signal and resultant data. If your survey company is not yet up to speed on this new technology, this class is the perfect opportunity for you to learn the most cutting-edge methods and introduce others to them as well.

Where EDM uses a single laser beam to accurately measure a distance between two points, 3-D laser scanners use 50,000 beams to map out a 3-D model. These instruments can be used inside buildings to create images of spaces and rooms, or outdoor areas to aid in the creation of roads, bridges, parks, buildings and for other land use projects.

This technology can also aid in measuring progress in a construction project and creating original pictures and drawings for use in historical preservation.

It’s also invaluable for areas that are difficult for humans or technological devices to get into such as car interiors for crime scene investigation, inside walls or tunnels, or in the aftermath of a wildfire or other areas with hazardous conditions.

While mobile mapping is not currently used for precise land surveys, the technology can reproduce incredibly detailed images in the shortest of time spans. With 3-D laser scanners and GPS devices, an unskilled worker can simply drive a vehicle at up to 40 mph in a designated area to collect enough data to produce an accurate map.

The Future of Land Surveying

When you look at how far land surveying has come in just the last 20 years, you might wonder what — if any — types of technological improvements are on the horizon.

Drones, or unmanned aerial vehicles, are becoming commonplace to collect data that would be difficult or dangerous for people to do on their own. A drone can speed quickly over treetops and other challenging terrain, collecting data swiftly and easily over large areas. They allow for either panoramic or close-up photo records of land or structures.

Although the electronic transfer of data has been a major advancement for surveyors, what is even more promising is its immediate availability. Also known as LiDar, 3-D laser scanners that produce results in real time will soon be more readily available, and more affordable as well.

The type of data this technology produces takes up lots of space, so many land surveyors are working on developing their own cloud-based platforms for their clients to use.

Land surveying has become a highly dynamic field, and keeping up takes time and effort. That’s why PDH Academy offers such a variety of online continuing education courses for land surveyors. Whenever you complete one of our online courses, we send you a certificate that you can submit to your local licensing board to get credit for your hours.

Among the available classes is Acoustic Multi Beam Survey Systems For Deep Draft Navigation Projects, which teaches surveyors U.S. Army Corps of Engineers procedures for flood control and charting, handy for any surveyor who works on or near a floodplain.

PDH Academy also offers course bundles, so you can get all the credit hours you need and save money at the same time. Not all the courses have to be completed simultaneously either. You can earn some credits now and leave the rest until the next relicensing period comes up.

Check out all of PDH approved online courses so you can stay at the top of your field, now and into the future.