What Is the Job Outlook for Architects in Florida? 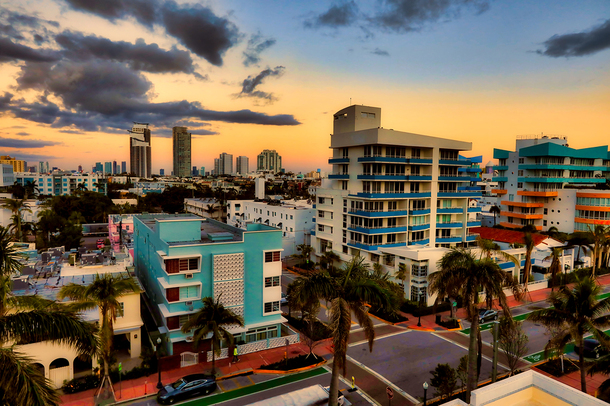 Miami is one Florida city that keeps architects busy.

Florida is one of the best places for architects to work. What makes it the best?

A Look at the Numbers

Florida comes in 12th on Zippia’s list. In Florida, architects make an average salary of $85,190, with the entry-level salary being $44,330. The state has about 4,800 working architects right now, compared to 120 in Wyoming and 8,520 in Texas. The site links to 720 job postings for architects in Florida.

The Bureau of Labor Statistics puts the mean pay for architects in 2017 at $87,500, or $42 per hour. The number of available jobs for architects across the U.S. is expected to increase four percent through 2026.

The BLS puts Florida at No. 5 for U.S. states with the highest employment of architects — 0.53 per thousand.

Working as an architect in Florida is much higher-paying in some areas than others, however. The highest-paying metropolitan areas in Florida according to the BLS include West Palm Beach, Boca Raton, and Delray Beach, with a mean yearly wage of $105,560, or about $50 per hour.

When considering relocating to Florida to work as an architect, remember that this state has expanded requirements for AIA continuing education.

According to U.S. News & World Report, Florida ranks 15th as one of the best states in which to live. However, Iowa, Minnesota, and Utah came in ahead of Florida, so what, exactly are the criteria? States are ranked on air and water quality, how much pollution there is, and residents’ community and political involvement, among other areas.

While no one wants to live in a place with polluted air or water, assuming that it’s passable in most places, many people might choose Florida over Iowa and other landlocked states. Florida is a world tourism mecca, drawing more than 100 million visitors a year to its miles of beaches.

Florida is a comparatively large state, and its size and fluctuating terrain offers various types of lifestyles. Residents can live in a big city, a tiny town, a sleepy community, or a bustling suburb. There’s always a party on the Atlantic side — the playground of the rich — but the gulf side provides quiet enjoyment of the waterfront. Disney World alone sees 20 million visitors a year, and the Kennedy Space Center, the Everglades, Daytona Speedway, SeaWorld, and Busch Gardens are also huge attractions.

The Motley Fool says Florida is the No. 1 spot to which to retire, and this is one reason the population continues to grow. Now, it’s over 21 million. All these people need somewhere to live, and thus construction is the fastest-growing industry in the state, according to the Florida Department of Economic Opportunity.

Other reasons are that it is a big draw for working people and families, and, sadly, many neighborhoods must be rebuilt after suffering through the frequent hurricanes.

All these factors add up to Florida being a good place to work for an architect just starting out, or one looking to relocate to a busier market or more pleasing climate.

If you are an architect in Florida or you are considering becoming one, make sure your certification is up to date by getting your AIA continuing education credits through PDH Academy.