Could 3D Printing Transform Aviation in the Future?

Traditional manufacturing for the aerospace industry is effective, but not necessarily efficient. New experiments in 3D printing could change that. Researchers at Carnegie Mellon, recipients of a $970,000 grant, are working with additive manufacturing for aerospace core structures. The goal is quicker, less expensive, more precise and ostensibly more reliable design.

If 3D solutions prove to be as beneficial as researchers hope, new software could make additive manufacturing for core structures available across the industry.

The core structure of an aircraft, says Enginering.com, is an “internal scaffold” wrapped in an outer skin. Although some core structures, such as honeycomb lattice, are designed to remain, some are removed after the skin is complete to reduce the weight of the aircraft.

The traditional core fabrication methods are “labor intensive and expensive,” according to mechanical engineer and project lead, Levent Burak Kara. Kara tells Engineering.com that the team wants to “take advantage of the design space enabled by additive manufacturing with a computational design tool that will identify solutions that humans have not yet conceived.” 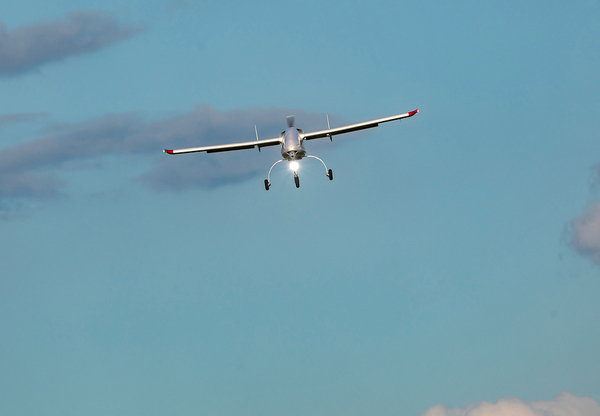 Additive manufacturing is an important step forward for unmanned aerial vehicles, as well.

Additive Manufacturing Has Great Potential for the Aerospace Industry

The Department says, “many of Beuth’s projects include collaborators,” such as Lockheed Martin, Pratt & Whitney and GE Aviation. Beuth believes additive manufacturing will revolutionize production because it’s less time consuming, less expensive and enables innovation. It’s easier to build prototypes, he explains, and it’s easier to test them.

Three-Dimensional Printing is Already in Use for Jet Engine Manufacturing

While additive manufacturing for core structures is still in the research stage, it’s already in use for another aerospace manufacturing process. General Electric used 3D printing to develop their Leap Engine, released in 2015 and approved by the FAA the same year.

The first generation Leap Engine uses additive manufacturing to create a sensor housing. With FAA approval, GE Reports says they started the process of retrofitting hundreds of jet engines with the new part. Next gen Leap Engines with more 3D printed parts are already in the works.

Once additive manufacturing broke through the feasibility barrier, growth has become exponential. It’s been used for toys, vehicle parts, precision surgical tools created especially for the patient, and can even print human organs for transplant patients using their own DNA. It was only a matter of time before 3D printing moved into aerospace and earned its right to shine with FAA approval.

With continuing education, you keep your current skills sharp and learn about new developments as they happen. Check out our PE approved courses today and stay on the cutting edge in your industry.