We’re Not Making This Up: Engineers Pull Water from Dry Air 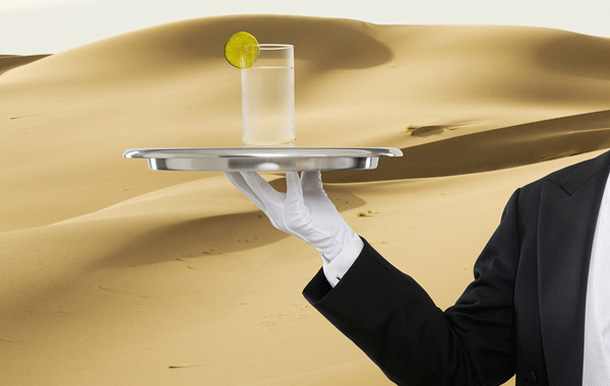 Technology that extracts water from the air isn’t new. It’s also inefficient, but new technology being developed by MIT and U.C. Berkeley could change everything. Now, air with as low as 20 percent humidity can produce liters of water every day. What’s more, solar power makes this the cleanest way to extract water so far.

When there’s ample water available in the air, harvesting it is rather simple. A basic home-use dehumidifier does the job. And although you probably wouldn’t drink from the collection tank, the extraction concept isn’t exactly new technology. Fog harvesting, which MIT News says is used in Chile and Morocco, needs high humidity, as well.

The problem is finding an inexpensive solution for low-humidity, arid environments where water is dangerously scarce. Until recent developments, there was no reliable extraction solution for conditions with lower than 50 percent humidity, expensive or otherwise.

Scientists at MIT and the University of California Berkeley have discovered a water harvesting solution for low humidity conditions that should cost little or nothing to operate. It requires no electricity. And although it’s powered by solar heat, the sun isn’t required, either. MIT News says the heat source could be a fire instead of the sun.

“The key to the new system lies in the porous material, itself,” according to Omar Yaghi in an interview with MIT. Yaghi invented porous metal-organic frameworks or MOFs 20 years ago. The material acts like a sponge with a network of small, internal surface areas that collect and store water.

According to Yaghi at Engineering.com, there is no other technology right now that can do the same. As a comparison, he explains that a basic home dehumidifier that runs on electricity produces water, but at a steep energy and dollar cost. 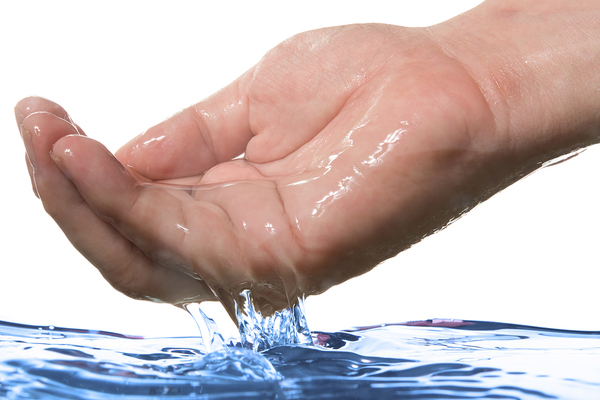 So far, testing proves this new technology can produce enough water for one person every day, even in low humidity.

Solar/Heat Technology Could Take Water Harvesting Off the Grid

The goal, says Yaghi, is to take water harvesting off-grid. He calls it “personalized water.” If each home had such a device, ambient solar power or a fire could produce enough water to support the entire household.

In recent tests, the MOF-based technology already proved its ability on a small scale to harvest about 3 liters of water in 12 hours in 20 percent humidity. That’s enough drinking water for one person per day, he explained.

Using the MOF design but with different materials, the water harvesting technology is adaptable to different conditions. Whether there’s 50 percent humidity, or more or less, there appears to be a passive method for extracting water that’s both effective and clean.

With climate change affecting the whole planet and potable, usable water in short supply, methods for extracting available water from the environment are increasingly important. A method that’s more effective than the next closest model and has little or no environmental impact is rare, indeed. But it exists, and all of the initial test results are promising.

Who knows? The near future could unhitch you and your home from the city water utility grid and make it completely self-reliant.

Engineers routinely change the world with new discoveries, and continuing education is at the heart of it. When your next credit hours are due, check out our PE approved courses and see how hassle-free professional development hours can be.