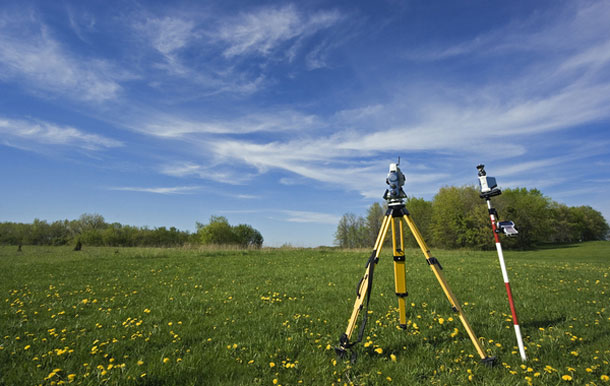 Land surveying hasn’t always been as precise as it is now. In fact, many original GLO monuments in Nebraska and throughout the Midwest are understood to be flawed, but they’re still considered legal and permanent.

The problem with surveys performed in America’s adolescence wasn’t necessarily a lack of skill, training or tools. Long and short half miles and oddly situated GLO monuments were really the results of something that the first state surveyor of Nebraska, Robert Harvey, called the “Short Cut Method.”

Shortcut surveying saved time for workers on the front end but has caused more than a few headaches for surveyors since then.

Imagine working in the Midwest during the 1800s. No gadgets or high-tech tools existed. Instead of getting a room at a hotel or motel at the end of the day, crews camped and cooked on the ground.

The plains of Nebraska seemed to go on forever. More than that, who would ever want to live there?

According to Amerisurv, that was part of the mindset that Harvey, the first state surveyor for Nebraska, gave for many flawed GLO monuments. According to his theories, survey crews probably assumed that the government-owned land where they worked was so unforgiving and so unlikely to serve any good purpose aside from grazing, it wouldn’t matter if the monuments were accurate. Close was close enough. 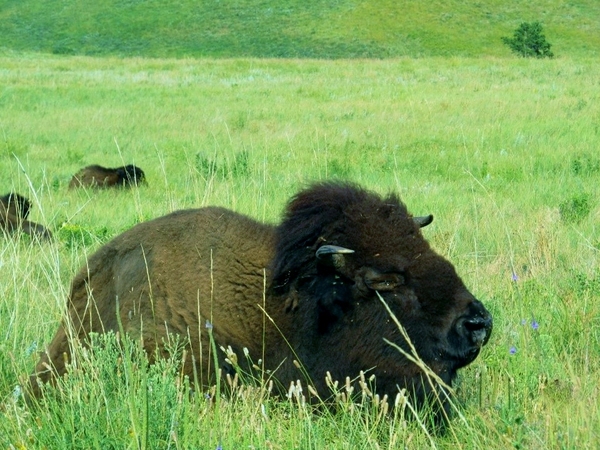 Who knew that Nebraska bison would eventually have neighbors with fences?

Although it was difficult to keep track of the work early survey crews performed, their shortcuts were destined to be found out. They just didn’t know it at the time. As settlers moved across the country and towns began to pop up, the work of subdividing towns began in earnest.

Toward the end of the 1800s, Harvey had left the military and settled on a soldier’s homestead in Nebraska. Throughout most of his life, he’d had an interest in land surveying. He studied it and practiced as an apprentice, and was eventually awarded a few contracts.

While surveying the St. Paul cemetery, he discovered irregularities with the original GLO monuments. According to Amerisurv, he found “several original government quarter section corners in the area just south of that city which were established by the U.S. deputy surveyor, Josiah B. Park.” Park hadn’t measured thoroughly or accurately.

Harvey’s “shortcut” discovery proved to be a widespread problem. Lines were crooked, long and short half miles persisted and monuments could be difficult to find using accepted surveying methods. In 1903, he penned an informative circular that helped explain short cut work as well as offer surveyor instructions for the legal restoration of corners.

The circular proved to be wildly popular, says Amerisurv. The original 500 copy print run, which was only intended for locals, was quickly depleted. Interested parties in neighboring states wanted their own copies. Soon, over 1,000 circulars were in print and in the hands of lawyers, judges, surveyors and landowners. The General Land Office in Washington and universities around the country got a copy, as well.

With all of his effort to clarify the problem and offer a solution, the original GLO monuments remained. The government owned the land when flawed surveys were executed and government contracted surveyors did the work. Although many of them were substantially inaccurate, the monuments remained legal, as they are today.

Across the plains and up through the Dakotas, permanent GLO monuments stand to this day as a testament to slipshod workmanship. Legal corners have since been established, but not without a great deal of investigative work.

Harvey’s circular, Instructions to County Surveyors of Nebraska, is still a fascinating read today. You can find a scanned copy at the Nebraska State Surveyor’s Office website.

Although some early crews looked for the easy way out, survey work is serious business. That’s why continuing education is so important for your career. Check out our Land Surveyor courses at PDH Academy today and see how hassle-free it can be.

Illustrations and Coordinates in Land Surveys
August 8, 2018
Go to Top