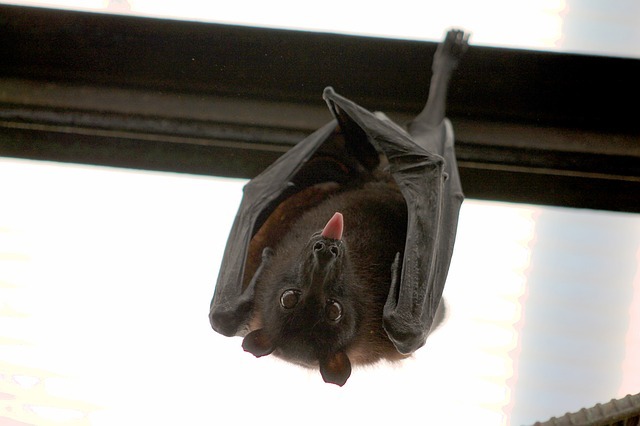 Bats are some of nature’s most misunderstood creatures. But drones, or at least drone pilots, get it. Many of them, too, carry the stigma of being mysterious and potentially dangerous.

Maybe that’s why Ken Sebesta, Ph.D., looked to nighttime’s leathery-winged flight experts for inspiration on how to improve drone control and navigation. Or maybe it’s just because bats are the original experts at agile, autonomous, blind flight under often perilous conditions.

Bats Don’t Fret About Navigation, Yet They Nail it Every Time

Bats don’t have to think about navigation or collision avoidance. And if you’ve ever been fortunate enough to watch a swarm of them emerging from a cave or someone’s attic, chances are you didn’t see a single fender bender or even a near miss.

Through the screeches and wild, leathery wing flapping, which Tom Spendlove for Engineering.com generously labels as chaotic, they all make it out alive. The sounds and movements seem almost certainly to interfere with a bat’s sonar, yet they all go off independently from the group in search for a bellyful of mosquitoes or maybe a wayward stranger in a dark alley.

Bats are natural navigators, says Spendlove. It helps them find food, avoid collisions with other bats, even in swarms, and find their way back into the cave or attic again. Sebesta says that it all comes down to internal and external clutter as it applies to surviving the swarm. External clutter consists of the other bats, or drones, or other obstacles that aren’t on your wavelength and are harder for you to predict. Bats do it every night, and Sebesta has been studying them for years in the hopes of extracting useful data from their behavior.

Watch as Sebesta gives his Ted Talk, “What Can Bats Teach us About Drones?”

Think what you will about drones and their equally maligned and lauded pilots, these little devices have real potential, even if the FAA doesn’t necessarily agree. Sebesta sees a future where drones are an extension of the pilot, helping him or her extend the reach far past the fingertips or the end of the dirt road. Spendlove says, “Using drones might allow small family owned businesses to have the same distribution benefits that a Walmart enjoys. Imagining a trucking or shipping scale drone delivery system is where Sebesta’s big ideas come into play.”

The navigation research that Sebesta and other drone pilots and engineers consistently work to improve needs a lot more work. By his estimation, pilots should have the ability to navigate through a swarm of drones unscathed as easily as bats perform the operation. But that’s yet to be seen.

Using thermal imaging on a drone, Sebesta calls it the Bat Copter, enabled researchers to get a clearer picture of what bats see, which will hopefully help clarify why bats are such experts at navigating around obstacles that are entirely erratic. He likens it to people in any sort of crowd who naturally find their own pace and their own place. But people do tend to bump into each other a lot in the process. Bats don’t. And when drones bump into something, someone ends up having a very bad day.

Sebesta’s research could prove incredibly valuable to improving both the navigational abilities of drones and the navigation controls of their pilots. And that might one day turn the naysayers who think all drones should be grounded into true believers.

If only bats had a similar PR representative to take up their cause.

Engineers change the world in leaps and bounds, and in small, important steps forward. And part of that ability is found in continuing education. PDH Academy can help with that. Check out our PE approved courses when your next credit hours are due.