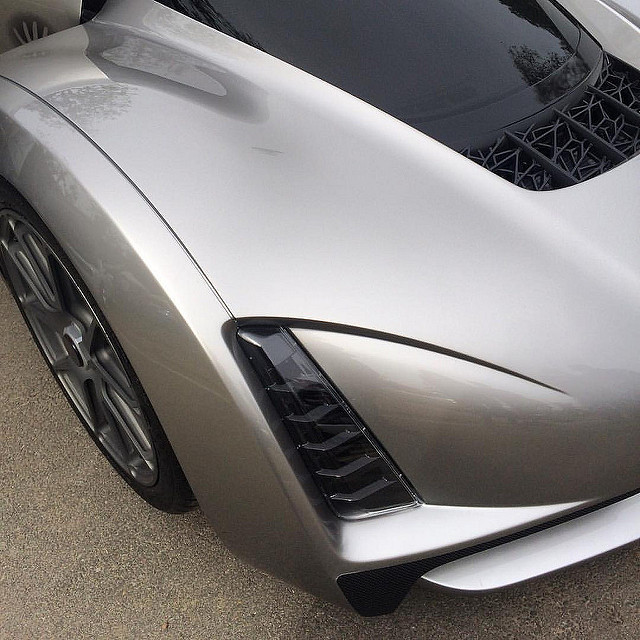 It might not look like a backyard project, but you could be on your way to building one in a day.

Company founder, Kevin Czinger, “wants to completely change the way automobiles are built,” says Engineering.com. And while all of the hype is surrounding the manufacture, one of the greatest potential benefits is the incomparably low environmental impact.

Supercars from a 3D Printer

Using a series of 3D printed aluminum alloy “nodes” and carbon fiber rods, Czinger and his team can assemble a vehicle frame. The nodes take on complex shapes, says Engineering.com, and the whole assembly comes together with fasteners. It’s this simplicity that Divergent has aimed for, and what will hopefully enable anyone anywhere to build their own vehicle.

People have built and modified vehicles for generations, but not without specialized tools and equipment. The sheer weight of a traditional chassis assembly, which can exceed 1,000 pounds, makes the job an insurmountable task for the average Joe. But weighing in at barely over 100 pounds, and that’s for the nodes and rods, Divergent 3D printed is a much more approachable task. The finished weight of a Divergent vehicle is a little over 1,000 pounds, which is dwarfed by the 4,000 pounds of a typical American sedan.

According to Czinger, a vehicle that comes from the Divergent Microfactory generates about a third of the environmental and public health damage than that of a traditionally manufactured vehicle. But they’re still not satisfied, and want to knock that down to one-fourth.

While cleaner electric cars are being manufactured in the mainstream, Divergent says that there’s still a major problem. Their emissions are reduced greatly over a conventional vehicle that runs on gas. But manufacturing them is not clean at all. In fact, the company asserts that the manufacturing process of electric cars and SUVs produces about double the emissions than manufacturing an ordinary gas-fueled car.

Czinger and his whole team have great hopes for the Divergent company. The long-term goal is to enable anyone anywhere to assemble a safer, greener, lightweight, low environmental impact vehicle using 3D printed materials.

He calls it a “sustainable path forward for the car industry” that’s ushering in a vehicle manufacturing renaissance. And if you think that “sustainable” automatically means that the cars can’t really hold their own, think again. According to the company’s FAQ section, a 3D printed car can go from 0 to 60 mph in about 2.5 seconds.

Divergent hopes to improve the vehicle manufacturing industry in all directions. First, the materials are strong – stronger than many conventional vehicles on the market. And second, the manufacture of a Divergent vehicle produces a mere fraction of environmental hazards. And third, what you get is a performance car that you can build in your own garage. But instead of a year-long process, you can assemble this chassis in minutes.

Engineering is always at the forefront of world-changing feats of technology. And that begins with education. To keep your licensing current so that you can play your part, check out PDH Academy’s PE approved courses.