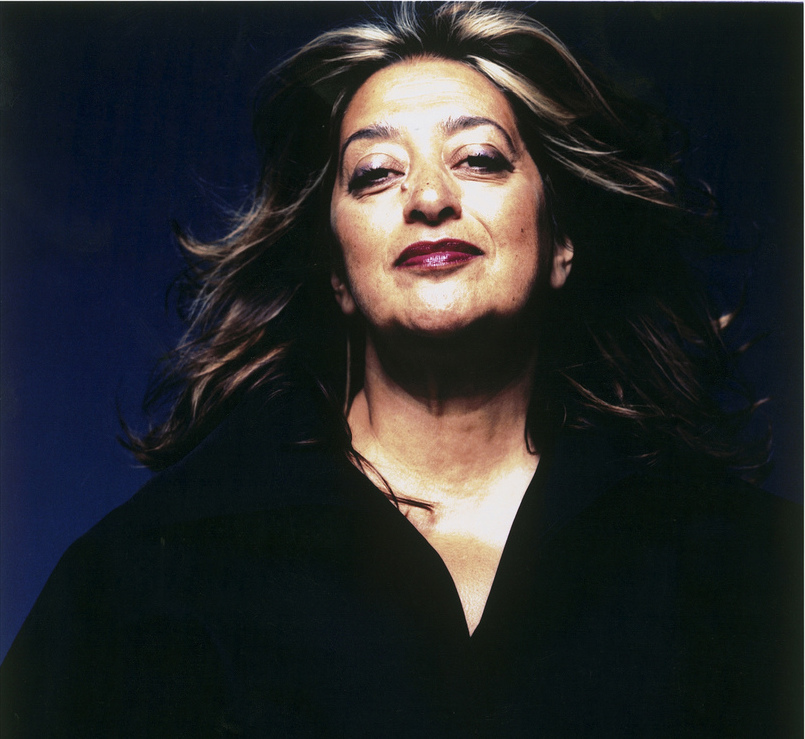 Whatever anyone thought of Zaha, her life’s work is nothing short of impressive.

A model for architects everywhere, particularly women in the field, Zaha Hadid blazed a trail that left nearly as many detractors as admirers. In an industry that’s overwhelmingly dominated by men, Zaha’s talent and unapologetic persona won her the Pritzker at age 53 and more than a few snide remarks in the press. And her untimely passing at age 65 has left a space that won’t be easy to fill.

Some people loved her designs. Some people didn’t understand them. In the 80s and 90s, there were no built structures to accompany her drawings. But being ahead of her time didn’t cause her to lose any steam. She kept on creating until the rest of the world caught up. It did, and then Zaha was suddenly gone.

The first woman to ever win the prestigious Pritzker, she’s almost equally well known for the public’s opinion about her personally. There are plenty of press about her, and plenty of those opinions. She was abrasive. She was boisterous. She wore high heels that the Guardian‘s Stuart Jeffries called “vertiginous.” One wonders whether he’d seen fit to comment on any other architect’s footwear.

It’s interesting to read through some of the many articles about this iconic architect. Where many professionals in the industry enjoy a modicum of respect, writers have easily tossed out words and phrases that set a certain tone. Jeffries recalls her handshake as “disappointing.” She was ill when he interviewed her. And he reported that “people around the world are finally building her designs.” Of course, that came on the heels of describing both her heels and her designer luggage. He later weaved in her marital status.

But none of that seemed to matter to Zaha. She was often subjected to questions the likes of which no other publicly known architect ever had, says Anne Quito for Quartz. She kept on working. She kept on winning awards. And the world began to see her designs in the built environment. And the world was in awe.

The biggest reason Zaha’s designs remained stuck to the page is that it was impossible to build them, or nearly so, with the technology of the time. But once the world caught up with her vision, the striking lines and signature waving, sweeping curves became almost a signature.

But even with her successes, there were some heartaches. One of them, perhaps the best known, was the Cardiff Bay Opera House in Wales. Later came the Tokyo Olympics stadium. Both projects were highly anticipated, highly politicized, says Quito, and ultimately taken by different architects. But she kept moving forward.

She won impressive commissions throughout her career that did come to fruition. Collaborators included Chanel, Swarovski, Georg Jensen, and many others who were equally high-profile. Quito explains that among her achievements was “her induction into the Order of the British Empire by Queen Elizabeth,” which took place in 2012.

Zaha was responsible for the Lois & Richard Rosenthal Center for Contemporary Art in Cincinnati, a fire station that looks like anything but a fire station in Weil am Rhein, Germany and the Dongdaemun Design Plaza in Seoul, South Korea, among many other stunningly different and architecturally impressive structures.

Her vision far exceeded the world’s ability to understand or bring it to life. But that never stopped this Iraqi-born, British architect. She isn’t an easy person to call a role model, says Quito, but her worth and her work are immeasurably important. That’s true for women in architecture in particular, and for architects everywhere in general.

Whether you’re blazing a trail of your own or working steadfast, part of every architect’s life is continuing education. That’s why PDH Academy offers so many that you need. Check out our courses for architects when your next credit hours are due.