Why Would Anyone Beat up a Robot? 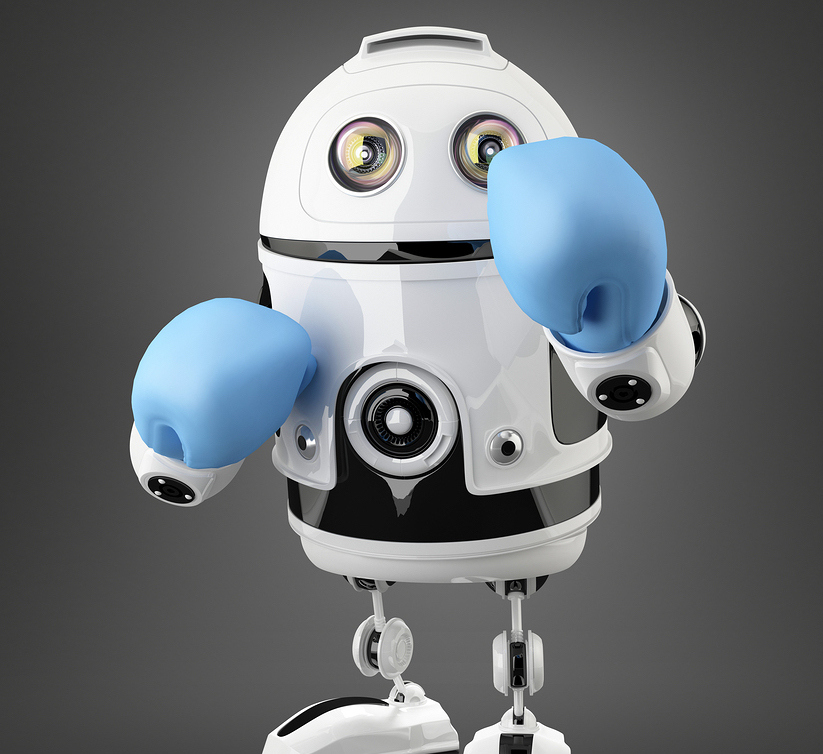 They don’t fight back; at least not yet.

Have we turned a corner in robot technology? If the engineers at Boston Dynamics have anything to say about it, the answer is an emphatic “Yes!” But all of this progress doesn’t just happen in a lab. Sometimes it comes down to a good old-fashioned rumble, man to robotic man.

The world-class robotics development team at Boston Dynamics builds creepy advanced robots that are the stuff of science fiction movies. Some of them scale walls. Some are quadrupeds that resemble a futuristic and rather dangerous, stalking animal of some mechanical sort. But all of the robots have one thing in common – mobility.

This “remarkable behavior,” says the company, is rooted in “sensor-based controls and computation to unlock the capabilities of complex mechanisms.” Originally a “spin-off” from MIT, the team originally created robots that acted like animals, and continues to do so from a technologically advanced and a practical standpoint.

Their Atlas Robot Can Really Take a Punch

A robot that might one day be part of the U.S. military, as is one of the company’s goals, has got to stand on its own feet. That’s something humans can do. When we get knocked down, we get back up again as the song says. And now, proven through a series of rather barbaric tests, so can robots.

Boston Dynamics likes to beat up their creations, says Engineering.com. And a favorite method is a whack or a punch with a hockey stick. Hardly any military recruit would ever have to subject himself to being part of an engineer’s hat trick, but these robots do. And they don’t complain. At least not yet. Sometimes they do leave the building, though.

The Military isn’t Quite Sold

Big Dog is just what he sounds like. He’s a large robot. A quadruped. He walks, he runs (yikes!), he climbs and he carries loads that a person probably couldn’t. The team compares him to a “large dog or small mule,” and at 2.5 feet tall, he weighs in at about 240 pounds. That’s a lotta mechanical dog.

But Big Dog was rejected by the Marines. He’s got an onboard computer that controls his locomotion, processes his sensors and talks with the user, and he’s balanced. When he’s subjected to abuse, or if he stumbles on his own, he gets back up. He can hike, climb through rubble and across snow and water, and right himself if he stumbles. Problem is, he’s also noisy. Spot is a smaller version of Big Dog, but it’s not clear whether the Marines will give the little dog a new chance.

Atlas is comparable to human size and locomotion for a reason: he’s designed to do tasks that humans can do. In the long run, robots like him could perform back-breaking jobs and dangerous ones, too.

Beating up your own creation might sound slightly sadistic, especially with a hockey stick. But Boston Dynamics has a worthy goal. It’s only through testing a robot’s ability to stay balanced, and maneuver back to its feet again if it’s knocked off balance, that they’ll know when they’ve got a winner. Right now, all signs look good. At least for the humans. As for the robots, only time will tell.

Looking for a simple way to earn your continuing education credits online? PDH Academy has just what you need. Check out our PE approved courses today.