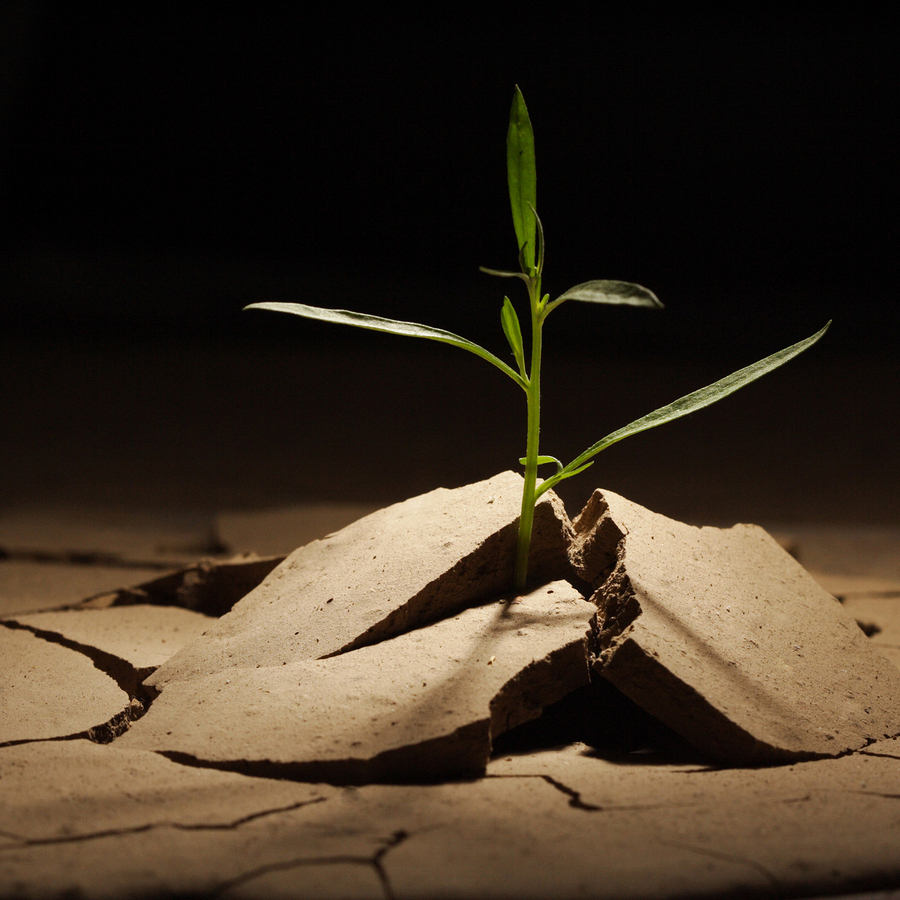 Hope really does spring eternal where life can push through the harshest environment.

They almost sound like distant, and better faring, cousins of the famous corpse plant, but resurrection plants have an entirely different purpose. They don’t bloom once and then wither away. Instead, they have an incredibly high drought tolerance, which could mean a more sustainable food source for the world’s growing population.

That’s critical in the face of climate change where hotter and drier conditions make traditional farming methods more challenging and less fruitful. And University of Cape Town professor of molecular and cell biology, Jill Farrant, has devoted her research to making it happen.

The central focus of resurrection plants is that where drought conditions exist, the plants can survive. Drought has destroyed more than a few crops, taking away the hope of precious food, so the ability to live through it is a game changer.

This rugged survival characteristic doesn’t mean plants will continue growing and thriving through the drought, just that they won’t die. For example, if a wheat crop is faced with drought, it won’t continue to grow and mature. But when water is reintroduced, it will bounce back, nearly picking up where it left off.

Resurrection plants aren’t a new and unnatural invention. About 135 species of the remarkable plants exist in nature, according to Engineering.com, which is where Farrant found her inspiration. In an article at Phys.org, writer Stephanie Findlay explains that Farrant first discovered resurrection plants when she was only nine years old.

She wrote in her diary, explaining that the plant had died but then came back to life after a rain. In 1994, she came back to her roots and went on to become the top expert in the field. By applying the characteristics of resurrection plants to others, such as maize and rice, she hopes to improve major food crops’ ability to survive in a harsher environment.

Watch one of her TED talks about the process here:

This is One Step in a Larger Plan

Food crops that survive drought could become an important part of a much larger approach to climate change, drought and famine. And it doesn’t only affect areas such as Africa, which some scientists fear could become a dust bowl.

Discovery News says that the drought in California is the worst in 1,200 years, but it might also be the “new normal.” The effects are so widespread that the state has already made major changes to survive, and more changes are necessary in order to survive.

Modifying plants for better survival isn’t new by any means. Findlay points to the 1970s and how maize was protected from southern blight disease by adding blight-resistant genes. Right now, Farrant’s research is with the Ethiopian grass, teff, which is a longstanding food source. By “activating genes she discovered by studying resurrection plants,” Farrant hopes that in 10 to 15 years and with enough funding, teff will become more drought tolerant.

The world’s food supply is at risk the more that climate change creeps around the globe. With a continually growing population and increasingly severe drought, the development of modifications to help more plants survive on less water could help solve at least some of these problems.

Engineering helps solve so many different problems in so many different fields. It touches the lives of people around the globe, and continuing education is part of it. Check out our PE approved courses at PDH Academy when your next credit hours are due.